They must be lurking somewhere in our collective subconscious, hiding in the forests and caves, springing forth in massed armies when it's wet and dark... 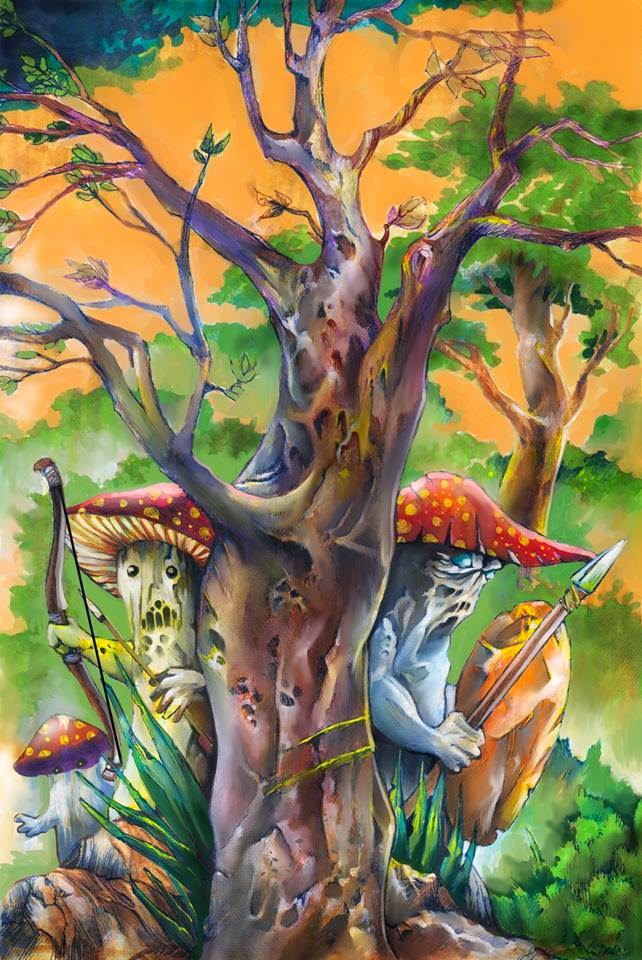 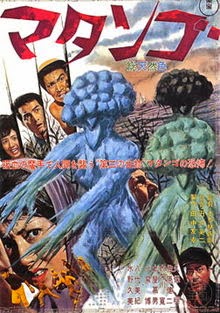 I understand it's got quite a cult following which continues to grow since 1963...Never saw it. Probably some day. 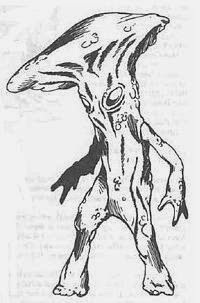 Then came the Myconid in Advanced Dungeons and Dragons, debuting in adventure module A4 In the Dungeons of the Slave Lords and the Monster Manual. Followed quickly by Ral Patha's version: 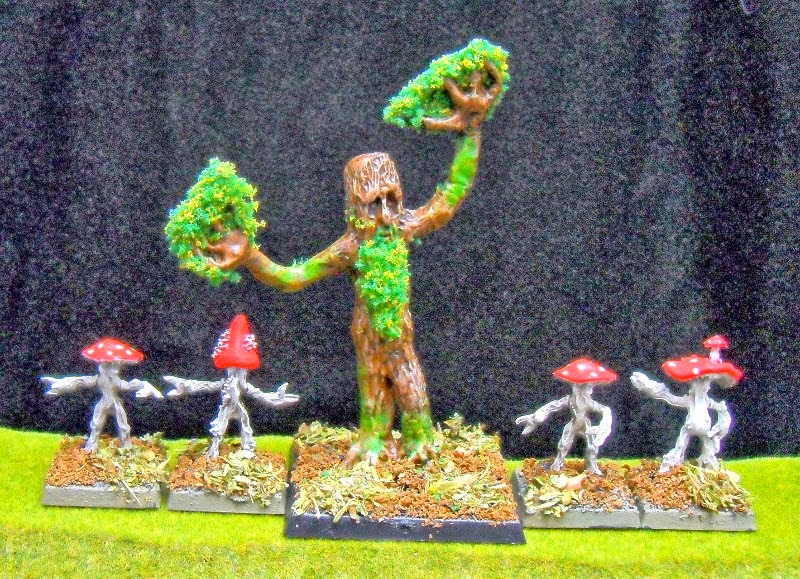 Later versions of D&D and Pathfinder have Myconids and Mushroom Men. Prepainted D&D figures don't look bad after a bit of touch up and basing: 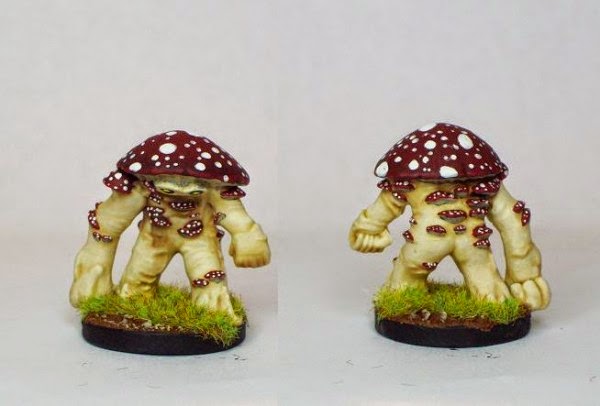 Reaper have some in their line: 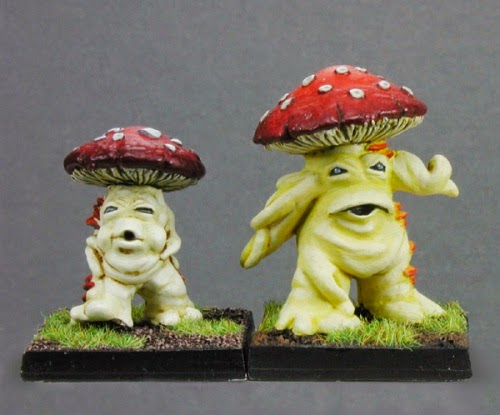 I have always bought units of these figures. Some are painted. Some are not. The unpainted sit in bags with spare weapons and shields. On one of the forums someone even suggested a campaign in the UnderDark filled with Fungipeople or even playing Samurai Myconids called Shoomurai Warriors. I always thought to arm and equip them and build an army...someday...

Ganesha Games have finally taken the Matanga, the Myconid, the Mushroom Man, the Shoomurai Warrior where he needs to be...check out these images: 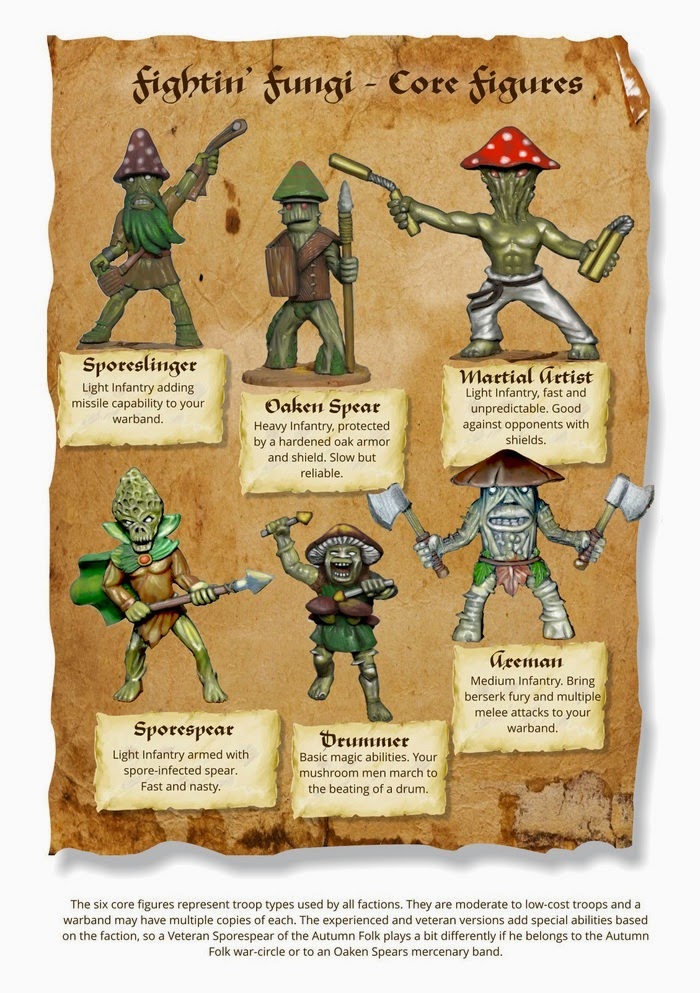 Last night a Kickstarter opened up for Fightin' Fungi by Ganesha Games. To take an excerpt from the Kickstarter them, they will be

"...producing a line of unique, high quality, metal miniatures for use with the Song of Blades and Heroes fantasy skirmish game(SoBH)...and definitely be of use in RPGs and other tabletop wargames... [sculpted]by Micha Nichols... Fightin' Fungi will also be a stand-alone rulebook based on the popular Song of Blades and Heroes(SOBH) skirmish game."

The  Kickstarter allows you to pledge in for the rules, the figures or combinations of what you want for your games, collection or gaming style. The figures look great and the Song of Blades and Heroes stable of games are some of my favorites. 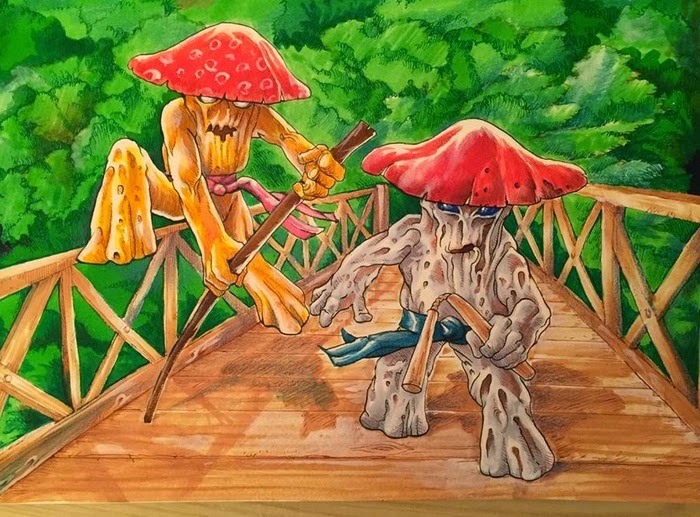 Check it out, it might work for you...Fightin' Fungi

Disclosure time:  I'm a long time fan of the concept of fighting fungi and Ganesha Games. Andrea is a friend. I've also been involved in other Ganesha products although I have no involvement in this one...although I will pledge for the rules and am weakening on the figures...think of all the conversion time it will save me...and time is money, right...so saving time is good...right? Yeah, I can see where that argument is going.
Posted by Mark Ryan at 8:57 AM