I Live With Cats continues with the Quetzalcoatl Rampant project. His most recent post has some very nice photographs of the two scenarios run at Enfilade, Craving Corn and I left My Heart. Check them out here. 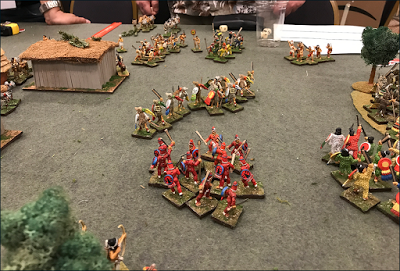 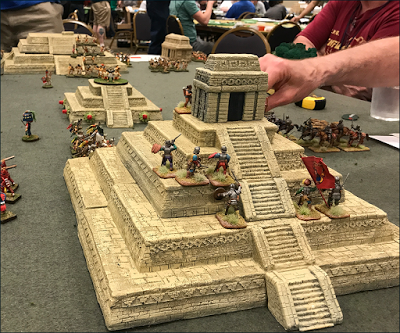 A Gamer's Tale is a good blog that I overlooked the last time I visited variants for Dan Mersey's Lion Rampant. A Gamer's Tale is involved with I Live With Cats in the Quetzalcoatl Rampant project. In particular he discusses the collection, figures and painting along with a post about the play test for the upcoming Enfilade 2017.

A Gamer's Tale painted up two groups of Huaxtec Warriors by different manufacturers. 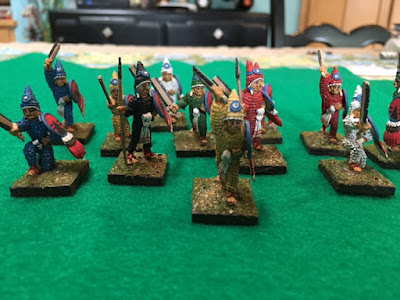 The first group is manufactured by Eureka Miniatures. 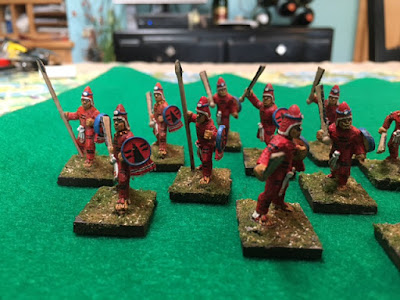 and the second is manufactured by The Assault Group

A Gamer's Tale continues the posts with a discussion on painting and on building Aztec and Conquistador forces. 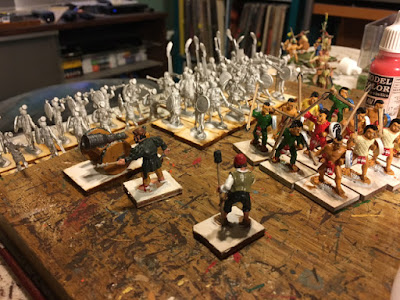 He follows up with a later post in October about the completed Spaniards. 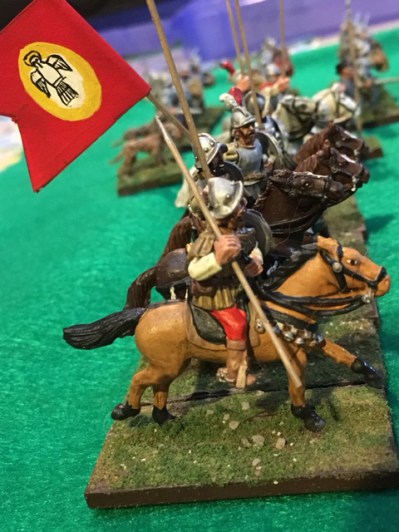 Throughout his discussions, painting and posts there are many images of the Aztec, Conquistador and Tlaxcallan forces. He also has a post on terrain relative to the battles in Mexico. This is a very good BLOG. Make sure to check out A Gamer's Tale.
Posted by Mark Ryan at 7:09 PM